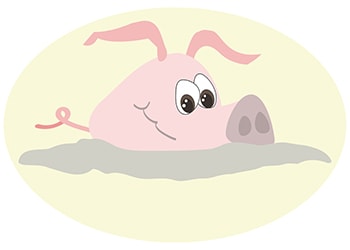 The adjuvanted pandemic swine flu vaccine caused narcolepsy in some children, a British study affirmed, although the mechanism still isn’t certain.
Vaccination was associated with a 14- to 16-fold increase in likelihood of developing the chronic sleep disorder, Elizabeth Miller, MBBS, of the Health Protection Agency in London, and colleagues reported online inBMJ.
The risk attributable to the AS03-adjuvanted vaccine against pandemic influenza A H1N1 (Pandemrix) used in England and Europe in 2009 was estimated at around one case in 57,500 to 52,000 doses.
Those findings were consistent with the 13- to 17-fold increased narcolepsy risk among children reported in studies from Finland and Sweden.
The H1N1 pandemic flu vaccine used in the U.S. didn’t carry the AS03 adjuvant and hasn’t been associated with any reports of narcolepsy.
“So of course, the question is could it have been something associated with this adjuvant that induced narcolepsy in at least some children and adolescents,” William Schaffner, MD, chair of preventive medicine at Vanderbilt University in Nashville, Tenn., told MedPage Today in an interview.
None of the studies have suggested a narcolepsy risk among adults getting the adjuvanted vaccine or with the unadjuvanted seasonal flu vaccine at any age, noted Schaffner, a liaison to the CDC’s advisory committee on immunization.
Narcolepsy most often has its onset at ages 10 to 19, with specific immune system gene variations linked to onset.
While the researchers concluded that the timing of cases with onset after vaccination indicated a causal association, Schaffner cautioned that the link to the adjuvant is still speculative.
Observational studies like these can’t give a mechanism, he explained, and it’s possible something else happened in the manufacturing process.
Nevertheless, “this has given all of us who are interested in pandemic preparedness a bit of a pause,” Schaffner said.
Sorting out the cause is important because the AS03 adjuvant is used to boost immune response to smaller doses of antigen and allow for greater vaccine production that is key during a pandemic.
European regulators downgraded the pediatric indication for Pandemrix vaccine to those who couldn’t get the seasonal flu vaccine and for whom prevention of A/H1N1 2009 influenza was considered necessary.
But the vaccine remains licensed in Europe, and an FDA advisory committee recently approved a similar vaccine with the AS03 adjuvant to fight H5N1 bird flu.
After the concerns raised in other countries, British researchers retrospectively looked for narcolepsy cases in children, ages 4 to 18, by contacting all sleep centers and pediatric neurology centers in England.
Review of medical records by a vaccine status-blinded expert panel confirmed narcolepsy in 75 children with an onset after Jan. 1, 2008.
Among them, 11 children had received the pandemic vaccine before onset: six within 3 months after immunization, one within 3 to 6 months, and four between 7 and 14 months.
One patient had narcolepsy onset in 2011 after receiving a dose of the residual stock of pandemic swine flu vaccine instead of seasonal flu vaccine that year.
The odds of narcolepsy diagnosis by July 2011 was 14.4-fold elevated with swine flu vaccination at any time before onset and 16.2-fold elevated if vaccinated within 6 months before onset, both statistically significant.
The researchers cautioned that longer term follow-up would be needed to see if the vaccine had just accelerated the onset of narcolepsy, which would be seen as a later reduction in incident cases for no long-term vaccine attributable risk.
They also noted the potential for overestimation of narcolepsy risk after swine flu vaccination if vaccinated patients were more rapidly referred for diagnosis, “as suggested by the abrupt onset and unusual severity reported in one small case series.”
The study may have missed some cases of narcolepsy and recall bias in defining onset of symptoms was also possible.
The study was funded by the U.K. Department of Health policy research program and its Health Protection Agency.
The researchers reported no conflicts of interest.