Kids’ ADHD May Continue Into Adulthood 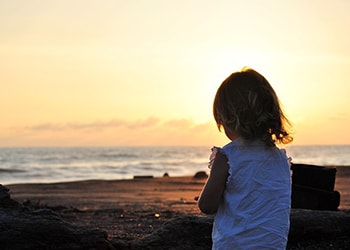 Childhood attention deficit-hyperactivity disorder (ADHD) may carry over into adulthood in 29% of cases, with a higher risk of other psychiatric disorders, a population-based study showed.

Almost 60% of kids diagnosed with ADHD in the study had at least one other psychiatric disorder at around age 30, which was nearly three times the odds seen among other children followed (P<0.01), according to a report in the April issue of Pediatrics. Suicide by that age was substantially more common with childhood ADHD as well, although overall mortality wasn’t, wrote William Barbaresi, MD, of Boston Children’s Hospital, and colleagues.

“It is concerning that only a minority of children with ADHD reaches adulthood without suffering serious adverse outcomes, suggesting that the care of childhood ADHD is far from optimal,” they wrote. “Our results also indicate that clinicians, insurers, and healthcare systems must be prepared to provide appropriate care for adults with ADHD. ”The key message is that ADHD shouldn’t be ignored in childhood or adulthood, Rachel Fargason, MD, of the University of Alabama at Birmingham, commented in an interview with MedPage Today.
“There has always been the question of whether childhood ADHD persists into adulthood,” she noted. Previous studies from the 1980s suggested it did, but by looking at the worst cases — people who presented in psychiatric clinics — rather than the typical child in the general population, Fargason explained.

The study included 5,718 individuals from the same birth cohort in the area around Rochester, Minn., where the Mayo Clinic is based. They were followed to an average age of 27 to 29 years using school and medical records to look for ADHD and other outcomes. The prospective portion of the study included 367 adults who had childhood ADHD and could have their vital status confirmed. Seven (1.9%) had died by the time of follow-up, yielding a standardized mortality ratio 1.88-fold higher than seen in the rest of the cohort that didn’t have childhood ADHD.Although that overall survival impact didn’t reach statistical significance, the difference in suicide did.
The standardized mortality ratio was 3.83 for suicide among childhood ADHD cases versus others (P=0.032). Notably, five of the seven deaths in the childhood ADHD group occurred in the setting of comorbid substance use and psychiatric disorders.

“This finding suggests the psychiatric comorbidities associated with ADHD may place patients at risk for early death, although the relatively small number of cases precludes a statistical analysis,” the researchers noted. Childhood ADHD was associated with a 57% rate of one or more other psychiatric disorders at follow-up compared with 35% among controls, for an odds ratio of 2.6 (95% CI 1.8 to 3.8). The rate was higher for those whose ADHD persisted into adulthood, with an OR 4.8-fold higher than in those whose ADHD didn’t persist (81% versus 47%).

The most common adult psychiatric problems after childhood ADHD were:
‍

Altogether, only 38% of individuals who had ADHD as a child experienced no mental health problems in adulthood.

Study limitations included use of administrative and school record data to determine childhood ADHD as well as the relatively small number of deaths, which may have limited ability to detect differences in early death risk.
The population studied is primarily a white, middle-class community, which might impact generalizability, Barbaresi’s group added.
“It is possible, if not likely, that the magnitude of the adverse outcomes in this cohort would be even greater in populations with additional challenges such as higher rates of poverty,” they noted.